Though I also posted about this last year.

It will be held from July 1st to 15th in  Fukuoka.

This year is the first time since it was  registered as a Unesco Intangible Cultural Heritage.

It has continued for 776 years.

14 decorated Yamakasa are located at different places in Fukuoka city.

This one is in front of Hakata station.

Every Yamagasa has a front and back side.

And on July 15th the mobile Yamakasa move around Hakata. 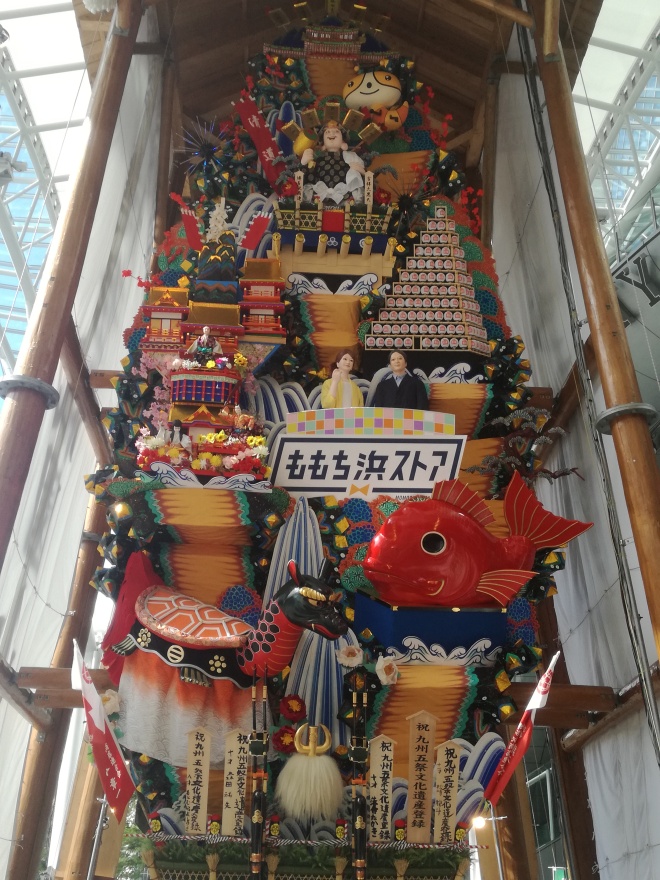 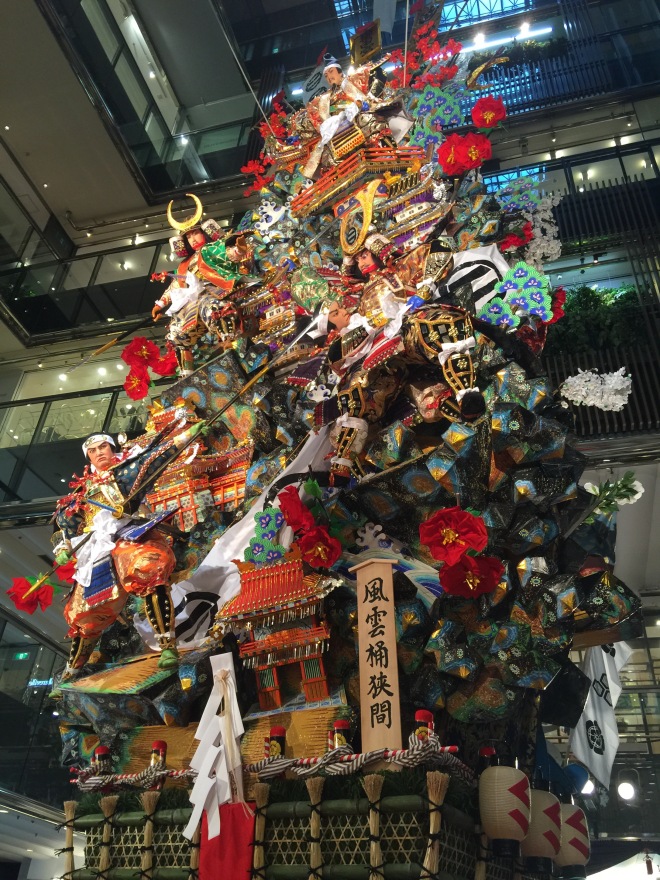 Hakata Gion Yamakasa festival will be held from July 1st to 15th in Hakata, Fukuoka.

It is a big festival which has been continued more than 700 years.

The Decorated Yamakasa are about 10 meters high.

And there is a front and back side to each.

The Front one is faced to Kushida shrine and is usually about warriors.

The Back side are a lot of times from fairy-tales or TV animations.

Gorgeous dolls on both sides are made by doll makers in Hakata.

And on July 15th the mobile Yamakasa move to Kushida shrine and in Hakata.

I will go to see this years Yamakasa.

Ramen shops are gathered there from all over Japan.

8 shops are in business at a time.

Every shop has their own taste and pride.

2 or 3 shops change a few times every year.

About 85 shops have operated there since it started in 2001.

By the way, Kyoto has the similar “Ramen ko-ji ” on the 10th floor of the Kyoto station building. 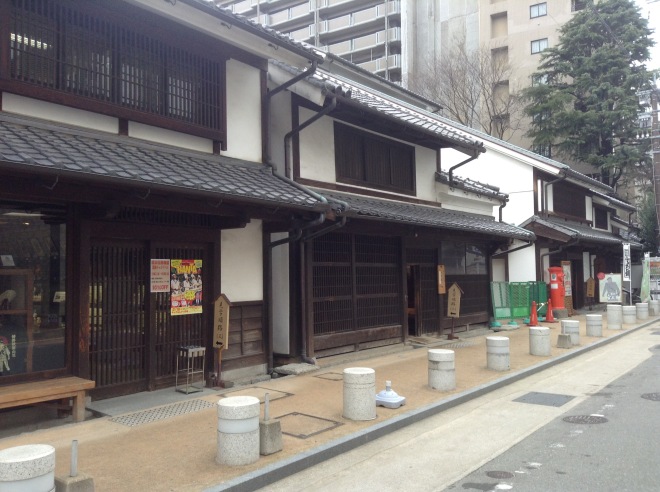 The other day my friend visited me, so we went to the “Hakata Machiya Furusato Kan”.

It is a museum where you can learn about the history and culture of Hakata.

People can experience Hakata people’s life of the Meiji and Taisho eras.

A short movie about the Gion festival is showed.

And you can see performances of traditional crafts like Hakata dolls and Hakata weaving.

A Traditional ‘machiya’ style house has been moved here and restored.

The worker told me the area between Mikasa river and Hakata river in Fukuoka city is called Hakata and it has a 2000 year history.

It is near the Asian continent, so many things from there came to Hakata first before spreading throughout Japan.

Dontaku festival is one of the big festivals in Fukuoka.

It was started as Hakata Matsubayashi in 1979.

Three Gods of Fortune and Chigo (child of festivity) go around the city celebrating.

There was a period when the festival wasn’t held because of the war.

Now, the festival name is ‘ Hakata Dontaku ‘, which is based on Zondag in the Netherlands, which is held May 3 and 4 every year.

Many kinds of groups, like companies, schools, neighborhood associations, and shopping districts, parade on the street together.

And many stages are held all over Fukuoka city.

This years slogan is ” with Kyushu for the restoration of Kumamoto and Oita”.

It is a big shopping mall.

There are two hotels here: the Grand Hyatt and the Fukuoka Washington hotel.

And there are a theater and a cinema.

They say that Uniqlo is the biggest store in the Kyusyu area.

It is a modern building.

It is well known confectionery in Hakata Fukuoka.

It has a milky flavor and inside is moist white sweet bean paste.

It is very good.

I think it is the best souvenir from Fukuoka.

Japan.etc.
Create a free website or blog at WordPress.com.